Alina of the Arena’ is a roguelike deckbuilding tactics game that combines elements from ‘Slay the Spire’ and ‘Into the Breach’.
Play as a gladiator that must fight for a bloodthirsty crowd to survive. With roguelike deckbuilding and hex-based tactics, players are no longer bound by simple attack and defense. Make use of dodges and knockbacks to stay alive!

Dynamic Deckbuilding
Pick up dozens of cards, keep the ones you need, and craft a unique deck as you fight your way through randomized levels that present a different challenge each run!

Hex-based Tactics
Unlike traditional deckbuilders that focus on attack and defense, the tactics element adds a dimension of positioning. Dupe your enemies into attacking each other, or use the terrain to gain an upper hand.

Dual Equipment System
Carry equipment in both hands to enhance your cards! You can dual wield daggers for extra damage, go with a sword & shield combo for rounded performance, or wreak havoc with a two-handed weapon. Figure out the best combination for each fight! 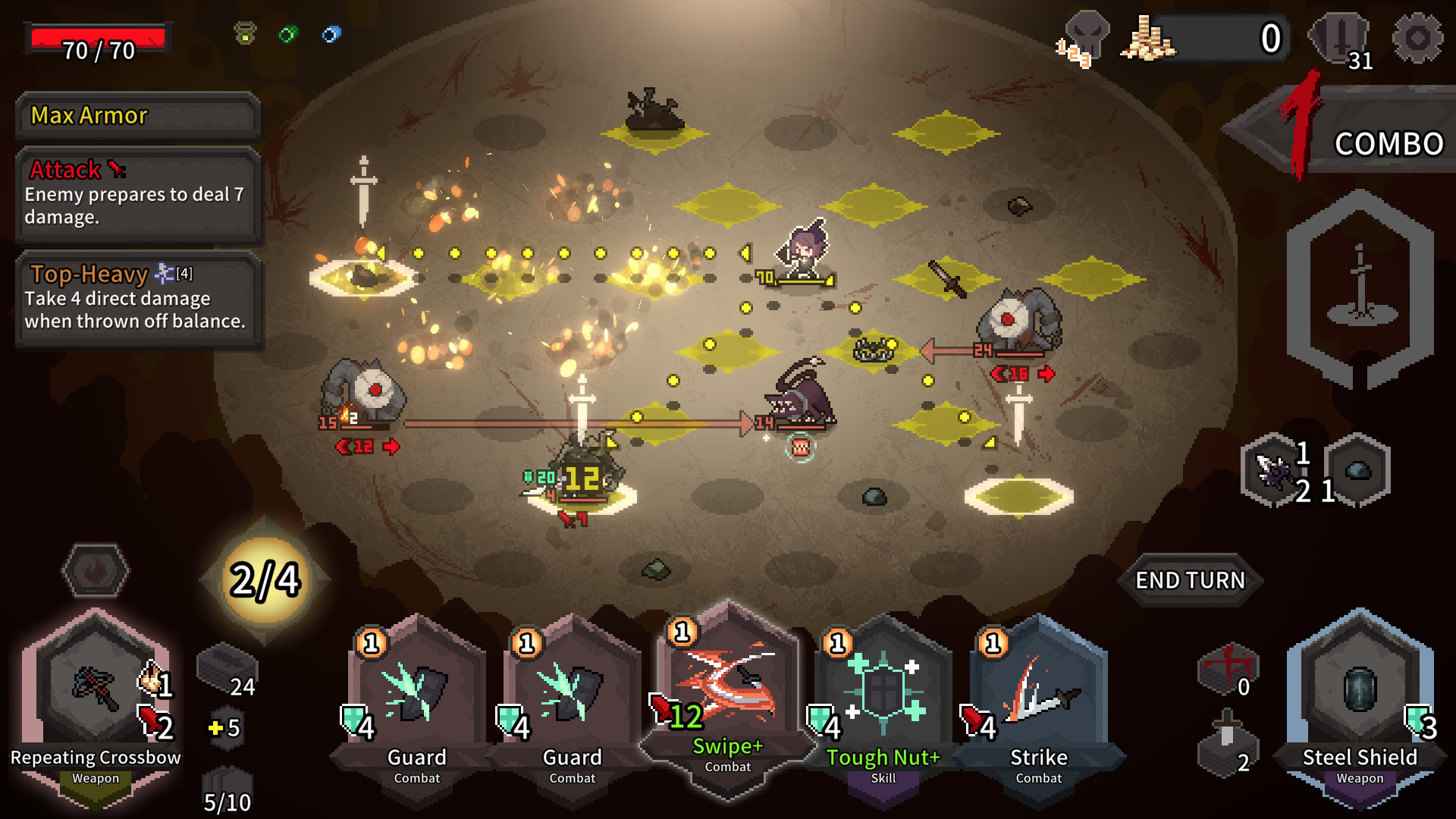 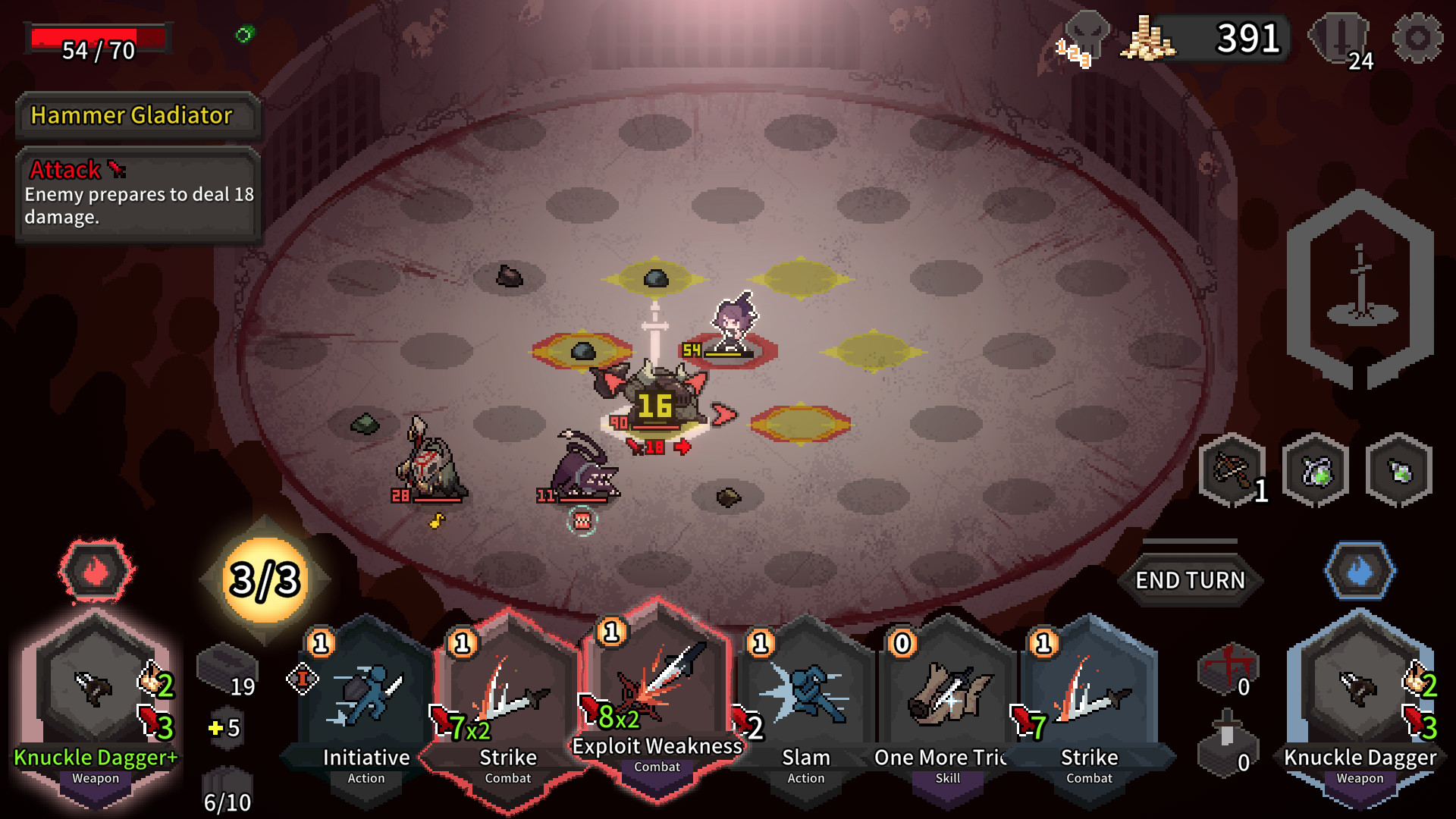 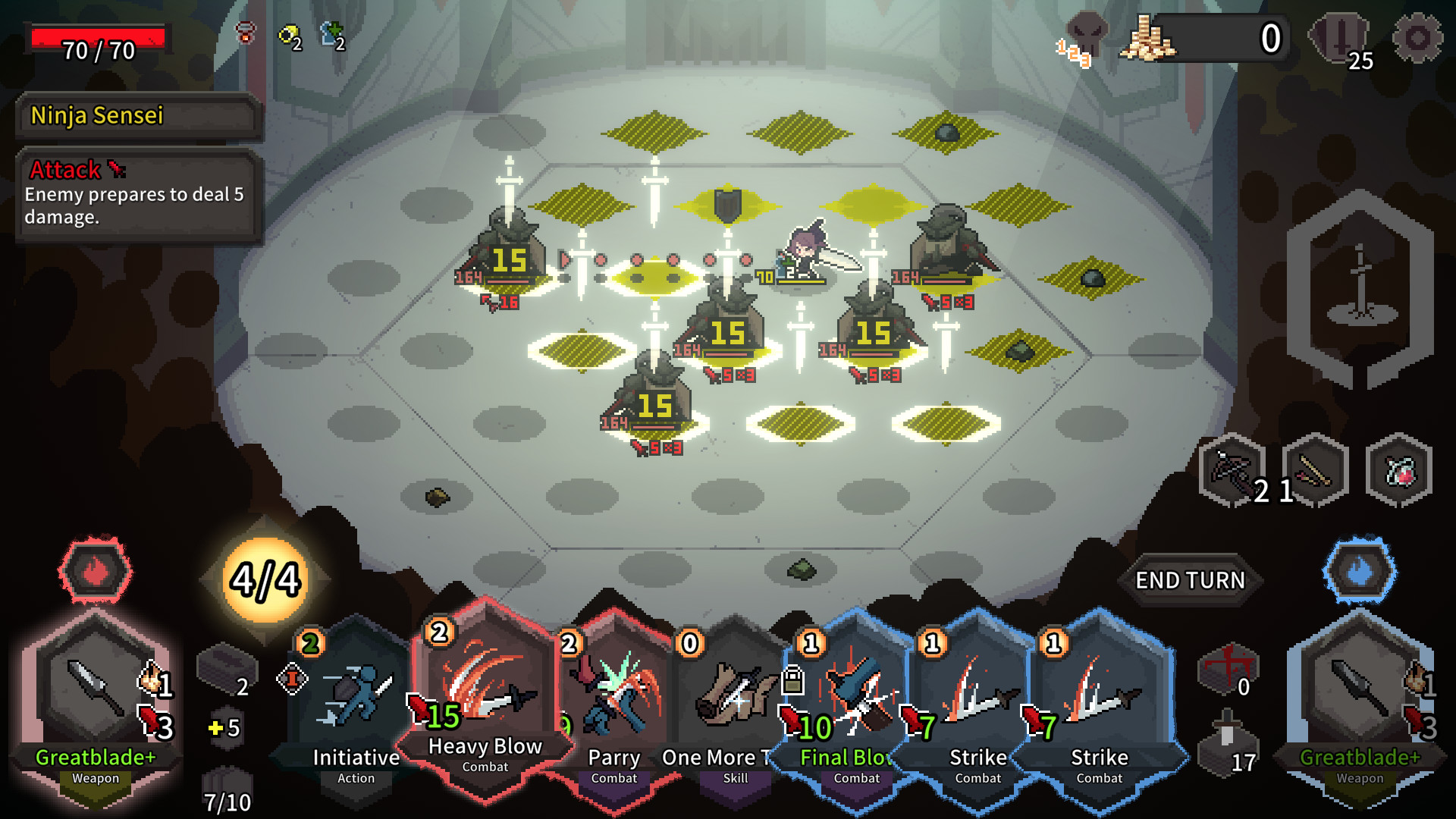 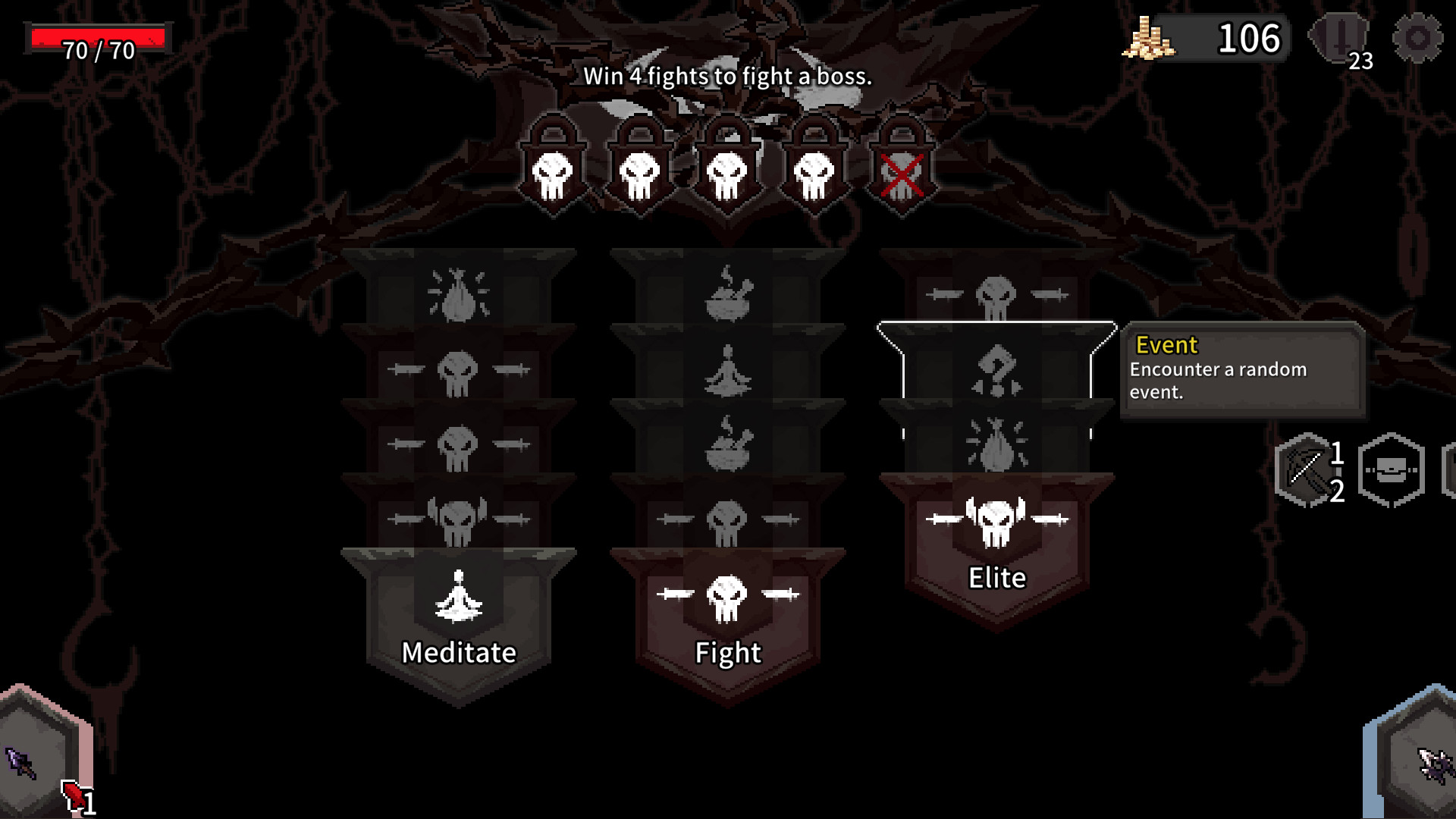