Insect Swarm is a flying shooting game from a top-down perspective, with features that you need to fight against a huge number of insects, explore freely in the borderless map, collect resources, and upgrade your airframe and weapons.
In the new version, you can switch the Mecha mode and equip the Mecha with a melee weapon with extended reach and a heavy Gatling gun.
You can use the Keyboard to control movement and the Mouse to shoot/perform a melee attack, and carry one main weapon and one secondary weapon to fight.

All upgrades have no level cap, players can continue leveling up as long as your resources are sufficient.

Only you and countless insects are left on this planet, which was found in the vast space just a few years ago. Though it’s a barren desert world, there’re numerous rare minerals discovered on its surface, which contain extremely high energy, so people began to build mining bases to exploit these valuable resources until a terrifying roar came out of the underground in a day, and then a number of alien creatures crawled out, which are called “Blood Insects”. After that, it was unveiled that these minerals are Crystals that are condensed from highly concentrated blood of the Blood Insects! It was our large mining vehicles that had disturbed these creatures slumbering underground, so they launched a fierce retaliatory attack on us, destroying almost all mining bases and equipment. Unfortunately, you were not able to evacuate in time and have to try to survive and escape from this hell. And if you can… destroy this planet to put an end to this trouble once and for all! Good luck! 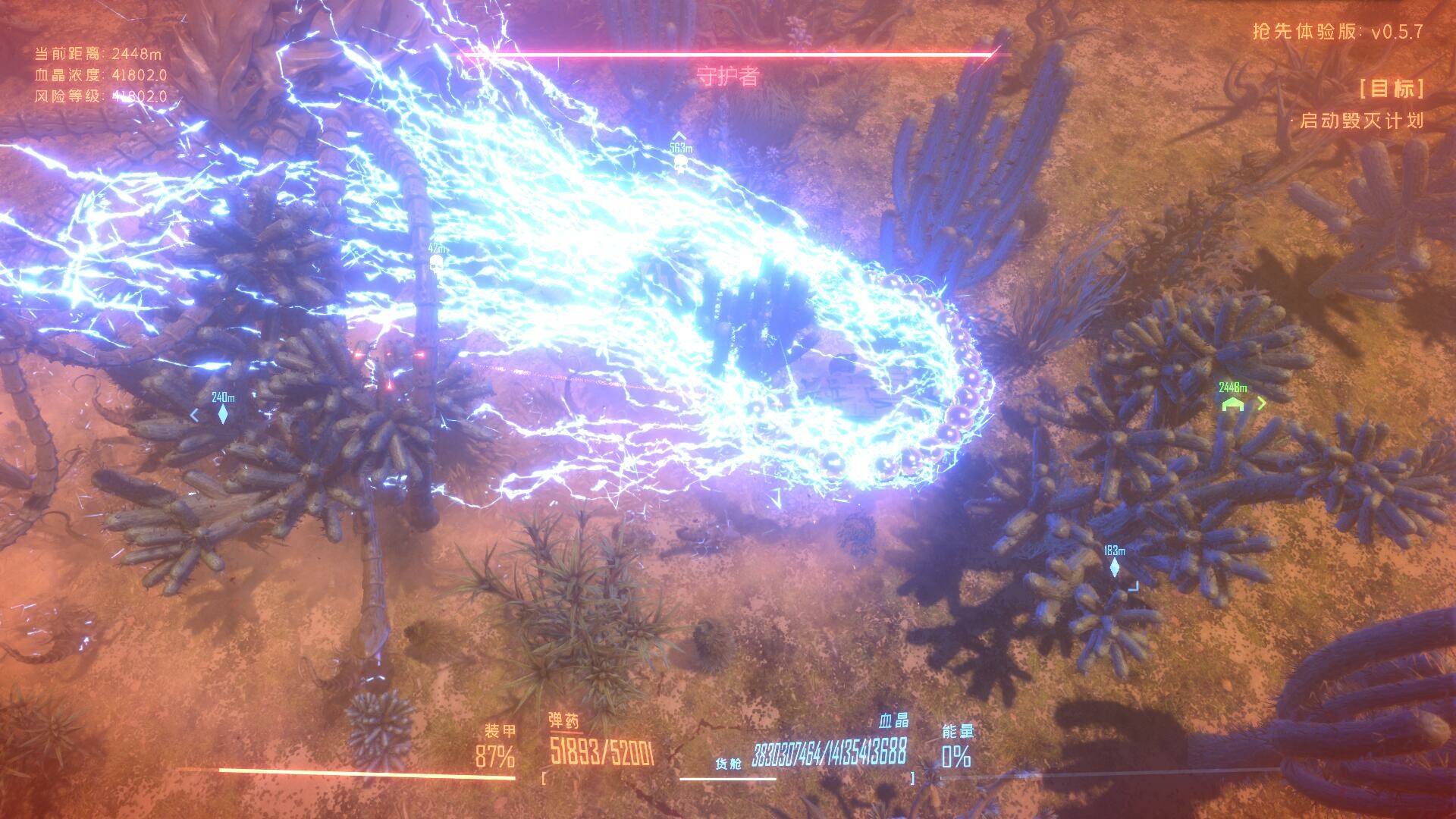 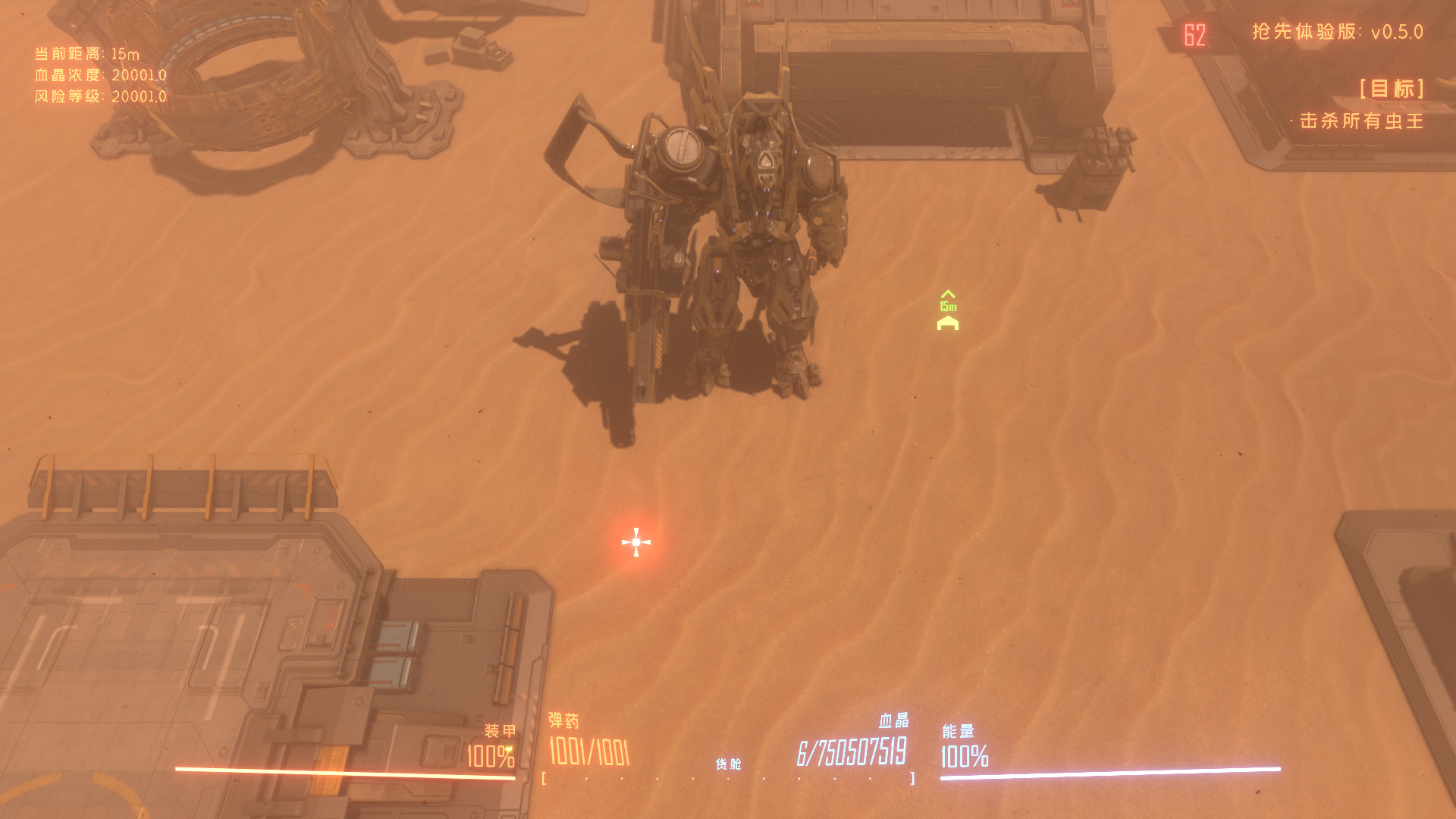 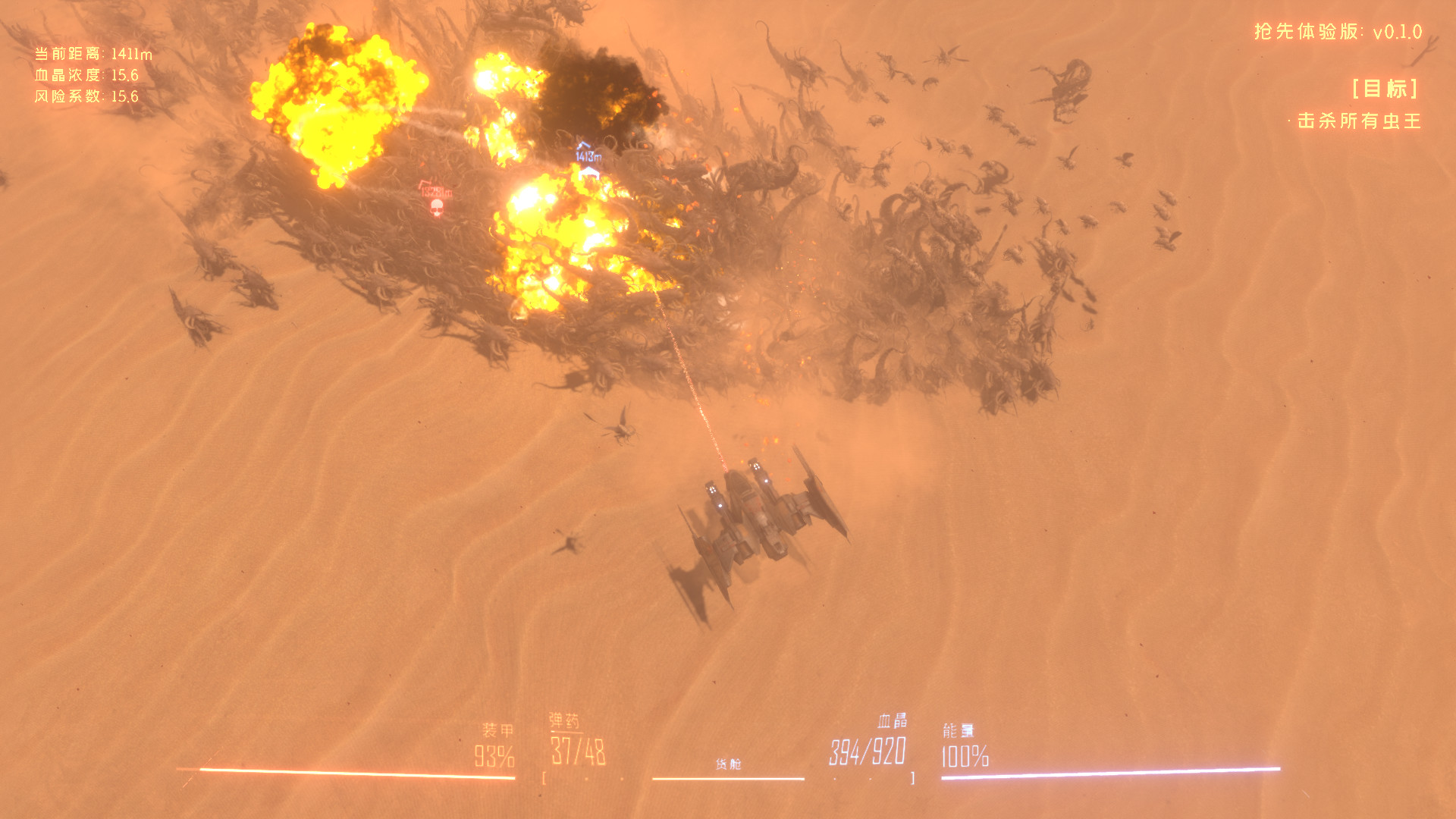 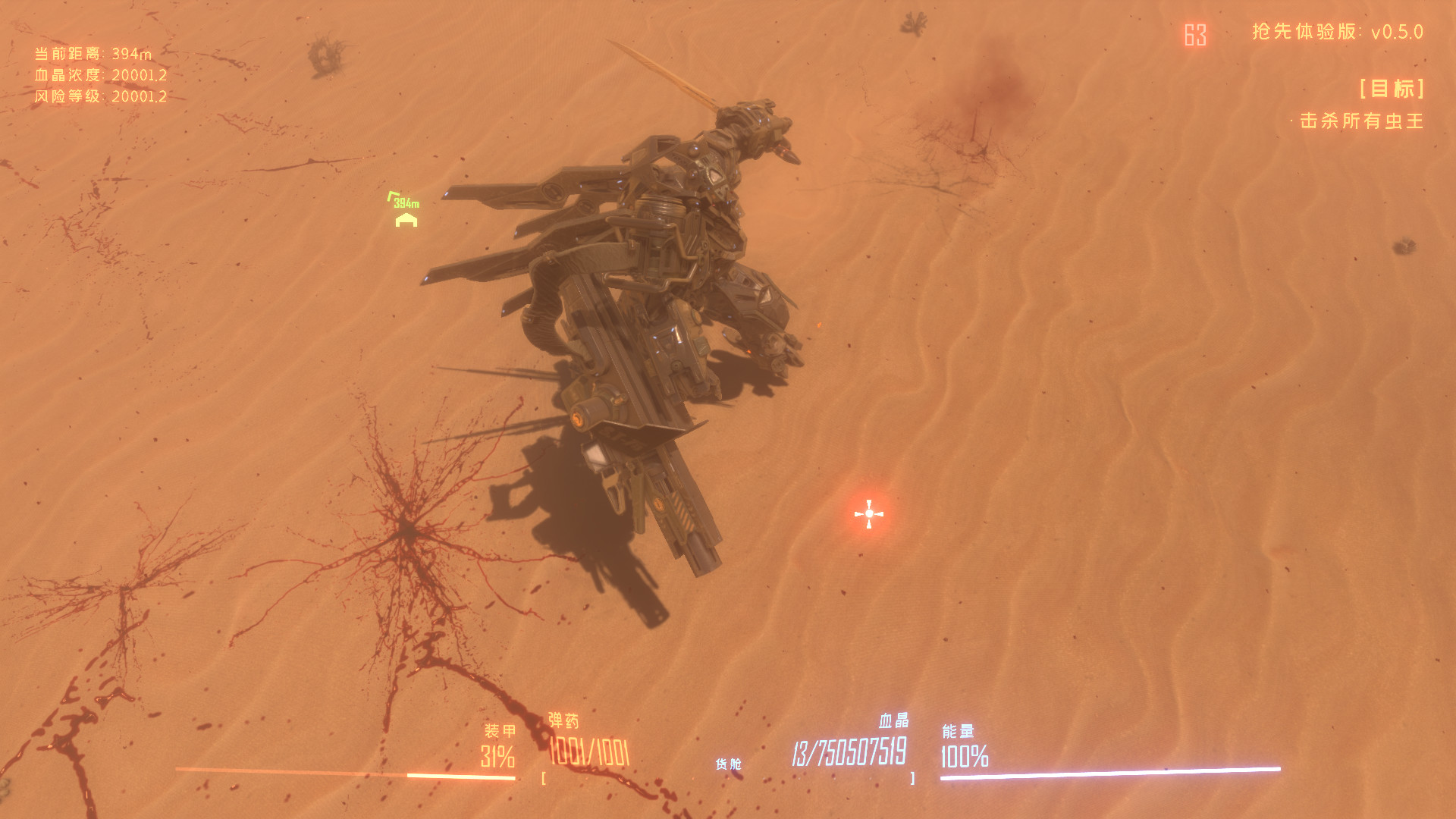