You are the Emperor and Head of the Royal Dynasty. Keep in check Barons and Dukes from other Great Houses, ensure their loyalty and obedience, make sure they are an asset of the Empire, not the obstacle. Appoint people from the imperial court to Ministers and Advisors taking into account not only their competence and loyalty but also family connections. Fend off assassins, traitors, usurpers and rebels. Once the Empire is strong within, deal with the inevitable alien threat.

– You will feel like the Emperor (assassins, imperial court, noble houses, granting audiences, rebels, usurpers)
– Rule from the heights of the imperial throne (no micromanagement: no moving individual ships around or constructing boring farms, you deal with more important things)
– Feudal system in space (deal with powerful noble houses to assure their loyalty, obedience and military support)
– Asymmetric aliens (surrounded by hostile AI aliens who play by different rules than Terrans)

The premise behind the game:
You are the emperor, not a logistics officer. You don’t deal with low level stuff like building farms, factories or individual ships. Instead you focus on the grander scale of things. You grant audiences, make edicts, appoint imperial officials, deal with noble houses and assassins, crush rebels, decide on production priorities.

In the game there is no micromanagement, late game does not drag on forever. You can play a relatively fast paced game on a huge galaxy without late game slow downs. You own hundreds of planets, thousands of ships and all this is managed on the high level by edicts, fleets system and by appointing imperial officials to do your bidding. The whole premise was to make the player make only the important and interesting choices leaving everything else abstracted.

Another important feature is the asymmetric nature of the game. The AI plays by different rules, and does not try to win the game. Aliens are more like creatures living in the galaxy than computer controlled players. Sometimes they can be valuable assets worthy of protection and sometimes an obstacle to overcome. Aliens are not created equal, some are primitive beasts that shall be cleansed from the face of the galaxy, some are fellow humanoids inferior to Terrans of course but considered sentient and worthy of compassion.

In short, it’s a fast paced turn-based space empire builder with a feudal twist with no micromanagement, asymmetric mechanics, and focus on you as the emperor. 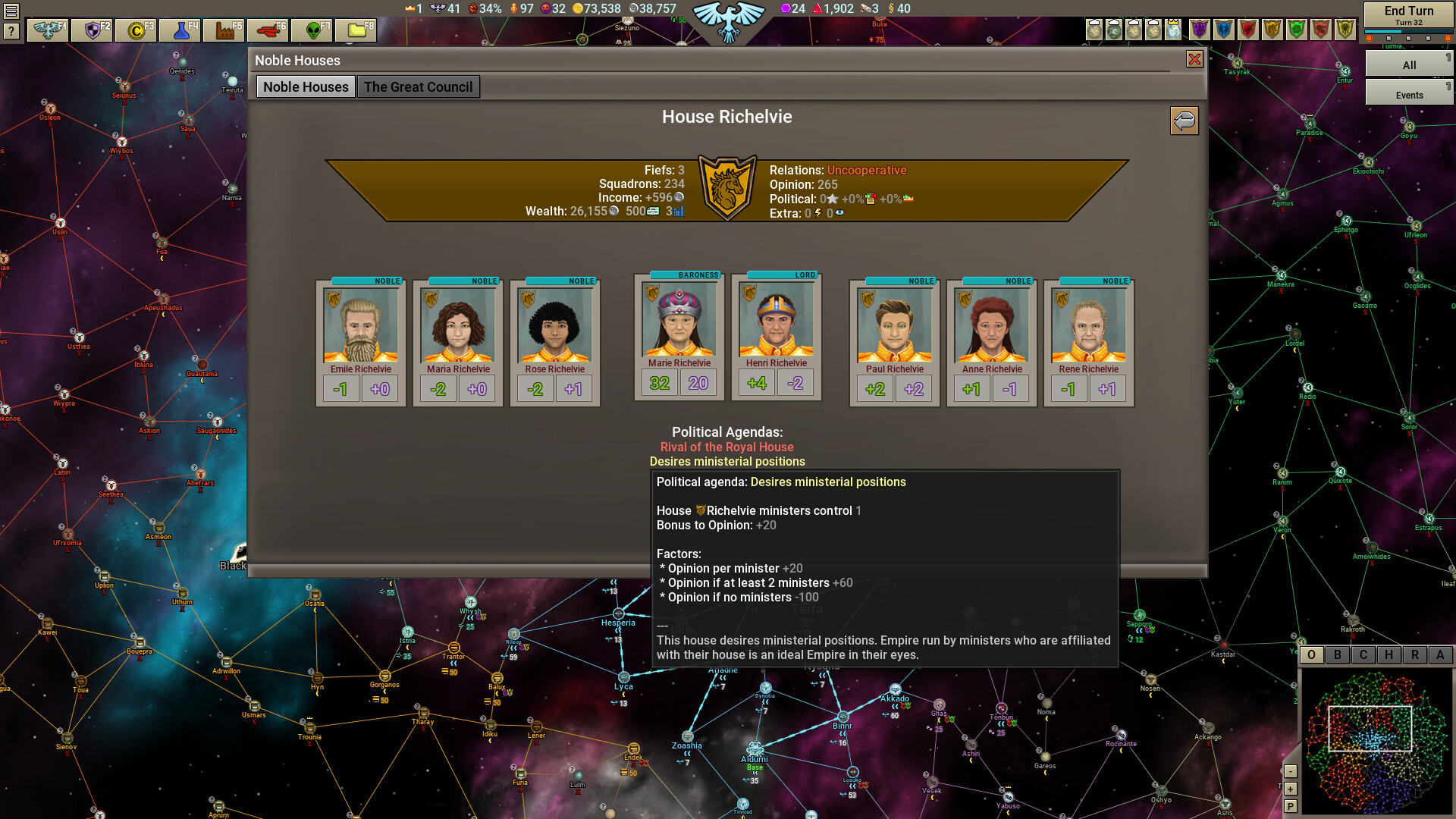 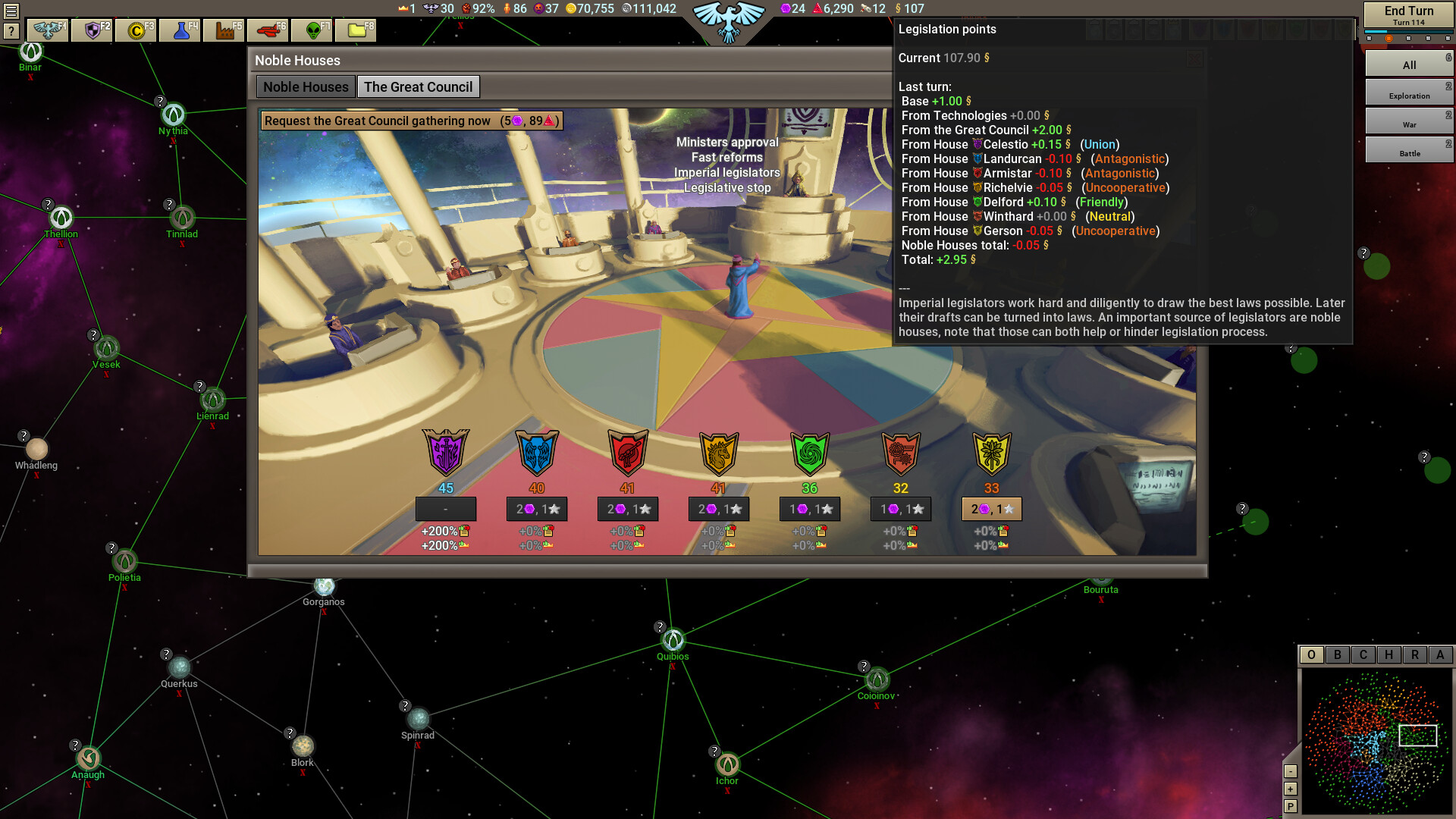 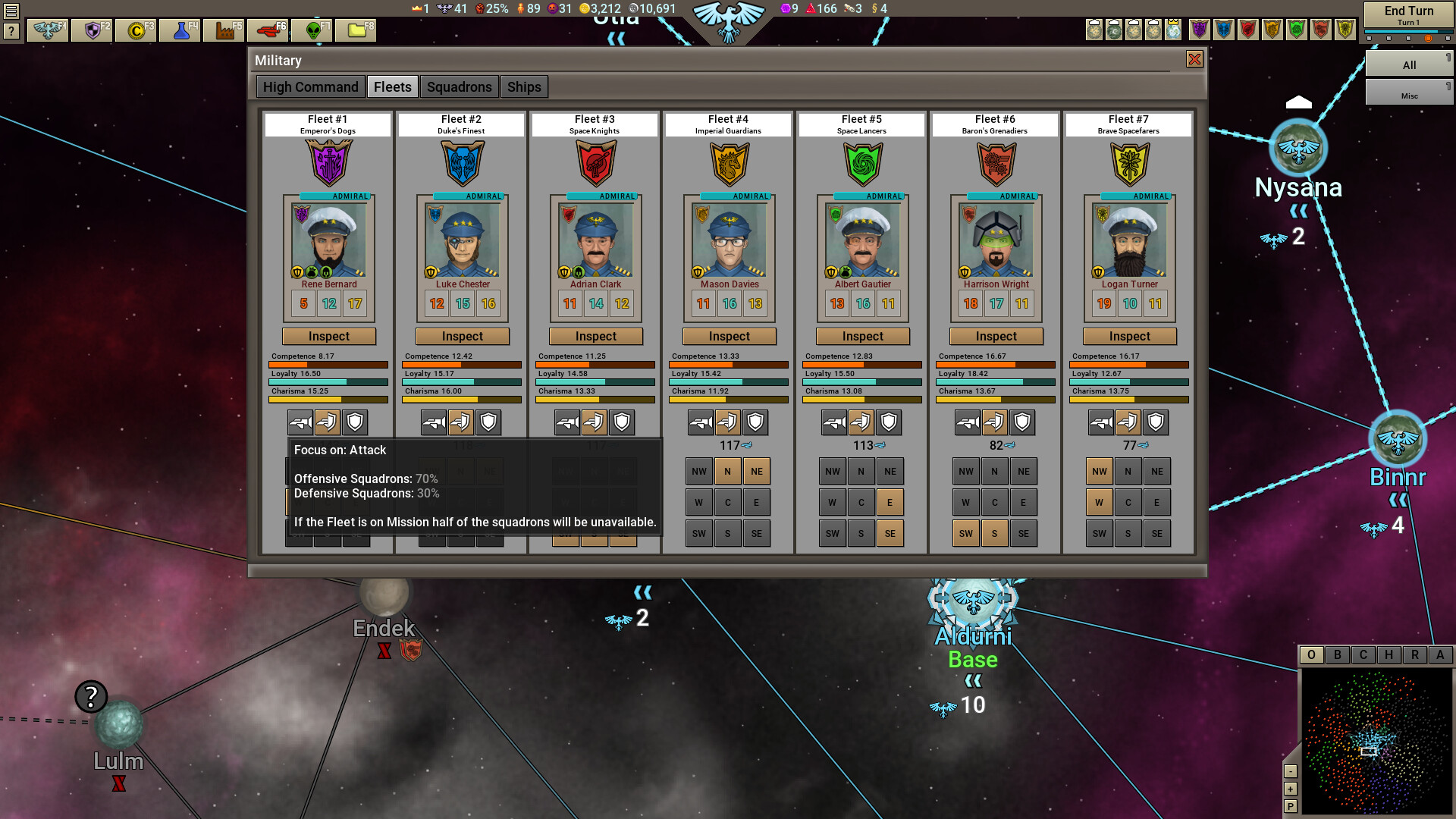 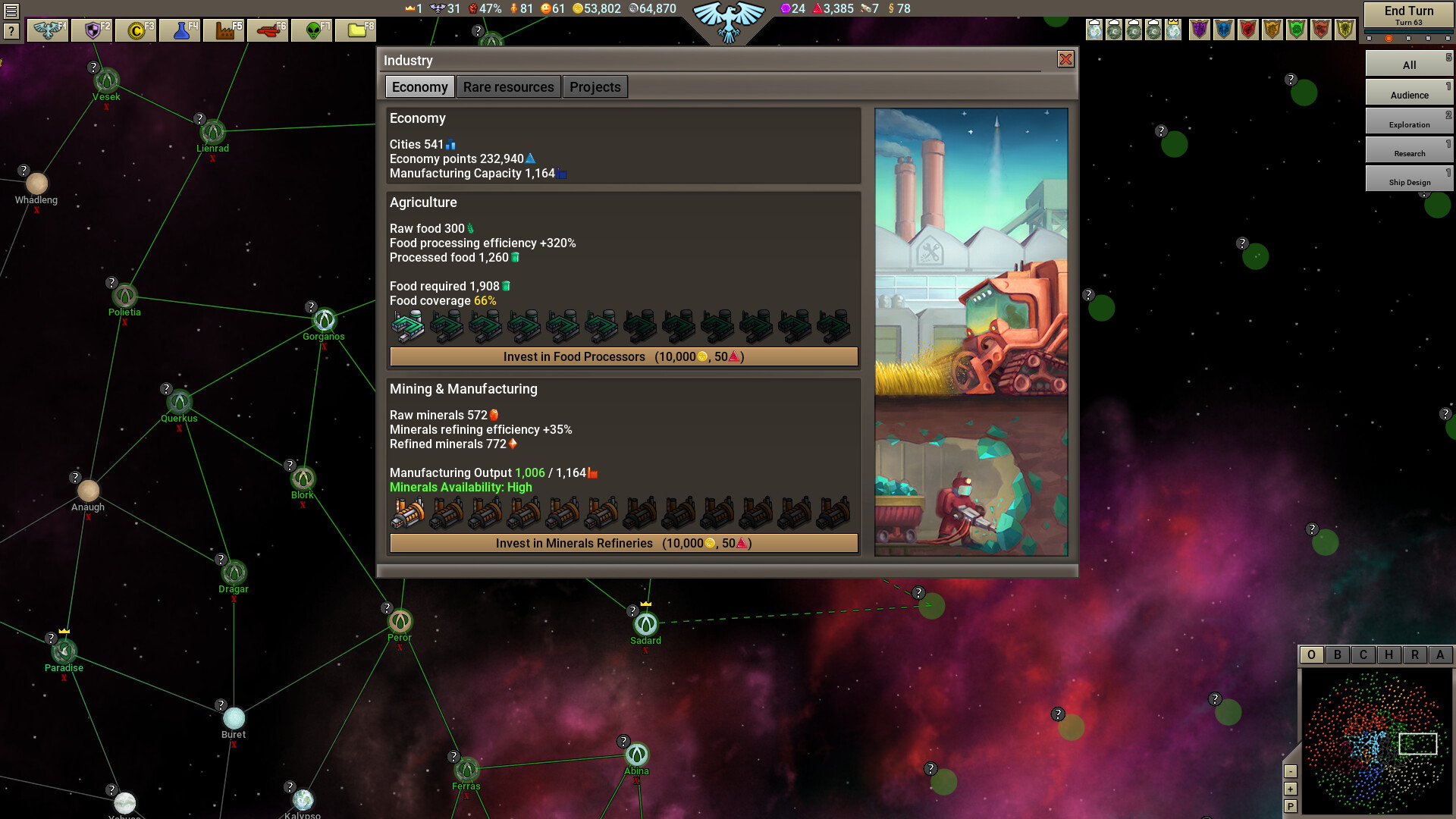