Volcanoids is a base-building open-world survival shooter that replaces the boring old base with a steampunk drill. Alone or with up to 3 other crewmates, explore an ever-changing volcanic island, build out your drill, and fight hostile machines to reveal what’s been hiding in the depths of the underground.

Explore a seemingly abandoned island cursed by persistent eruptions. Utilize your drillship’s ability to travel underground to survive these eruptions as you discover new parts of the island, gather resources, and uncover secrets.

BATTLE ROBOTS AND DESTROY THEIR MACHINERY

Battle hostile mining robots of all shapes and sizes who roam the island’s surface as well as underground. Capture any of their resources and technology that might be useful and destroy the rest.

The “drillship” is your very own mobile fortress. Customize it from inside out using the building system. Progress through technology tiers to upgrade, expand, automate, and weaponize different parts of the drillship. 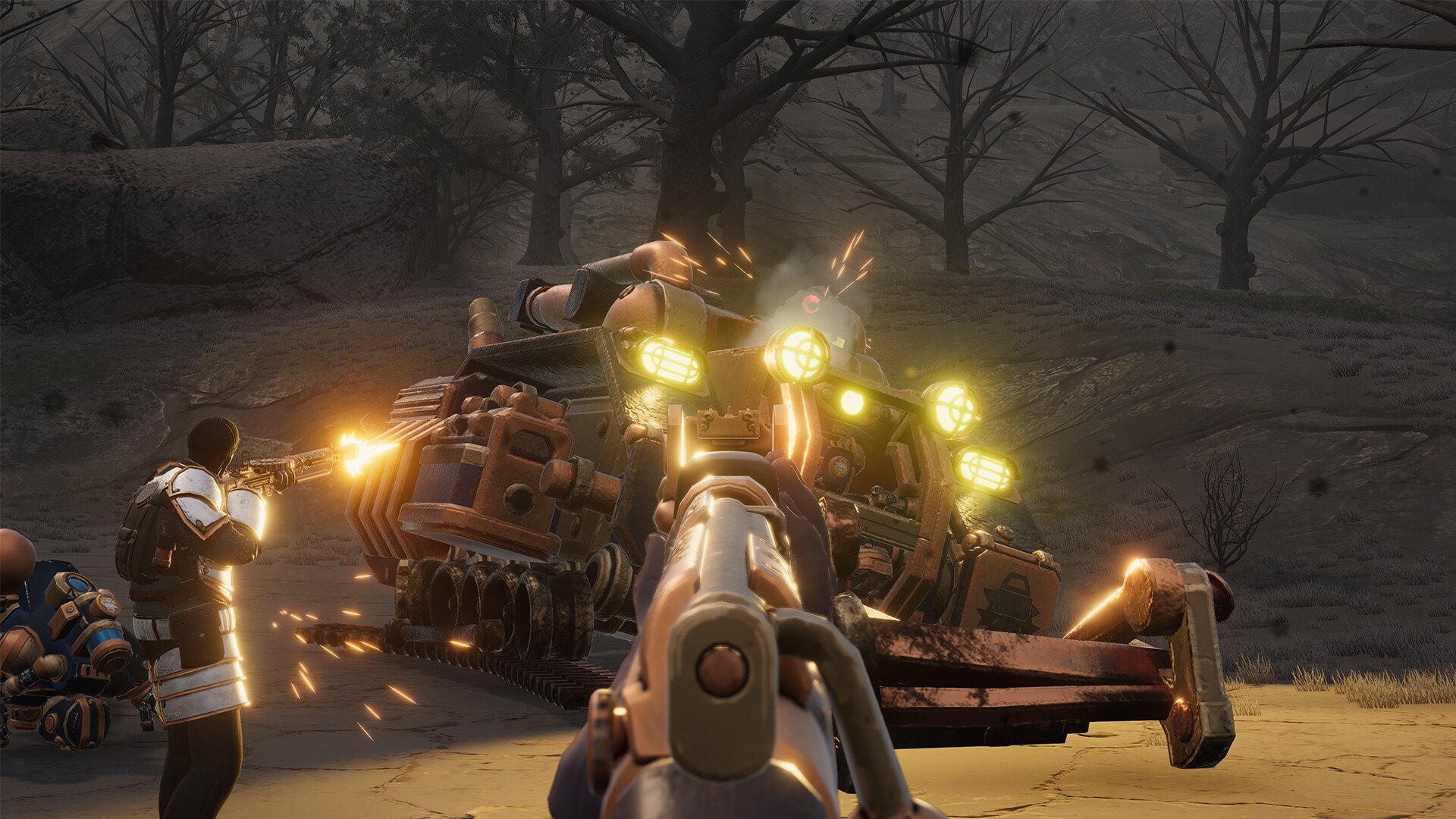 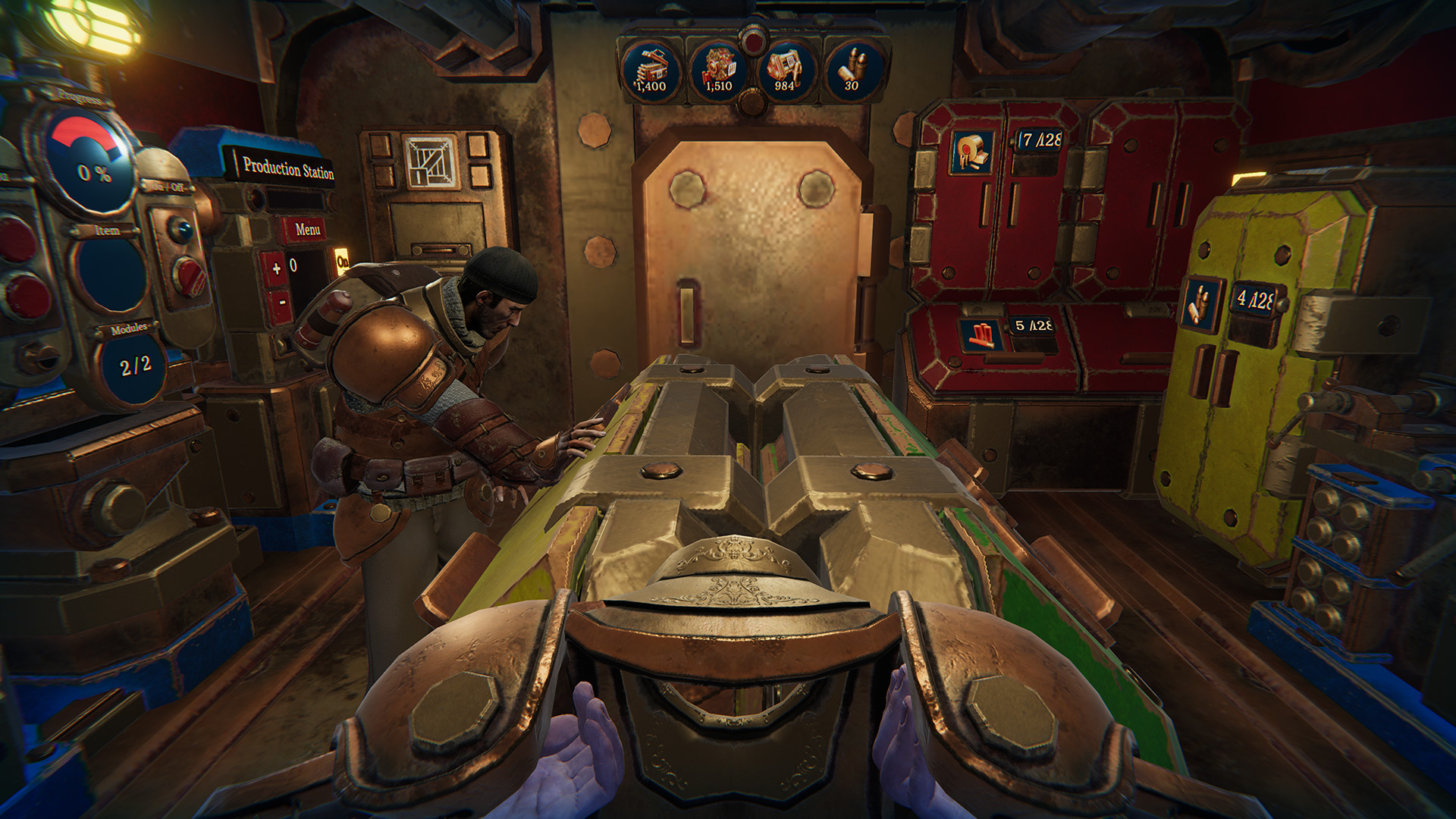 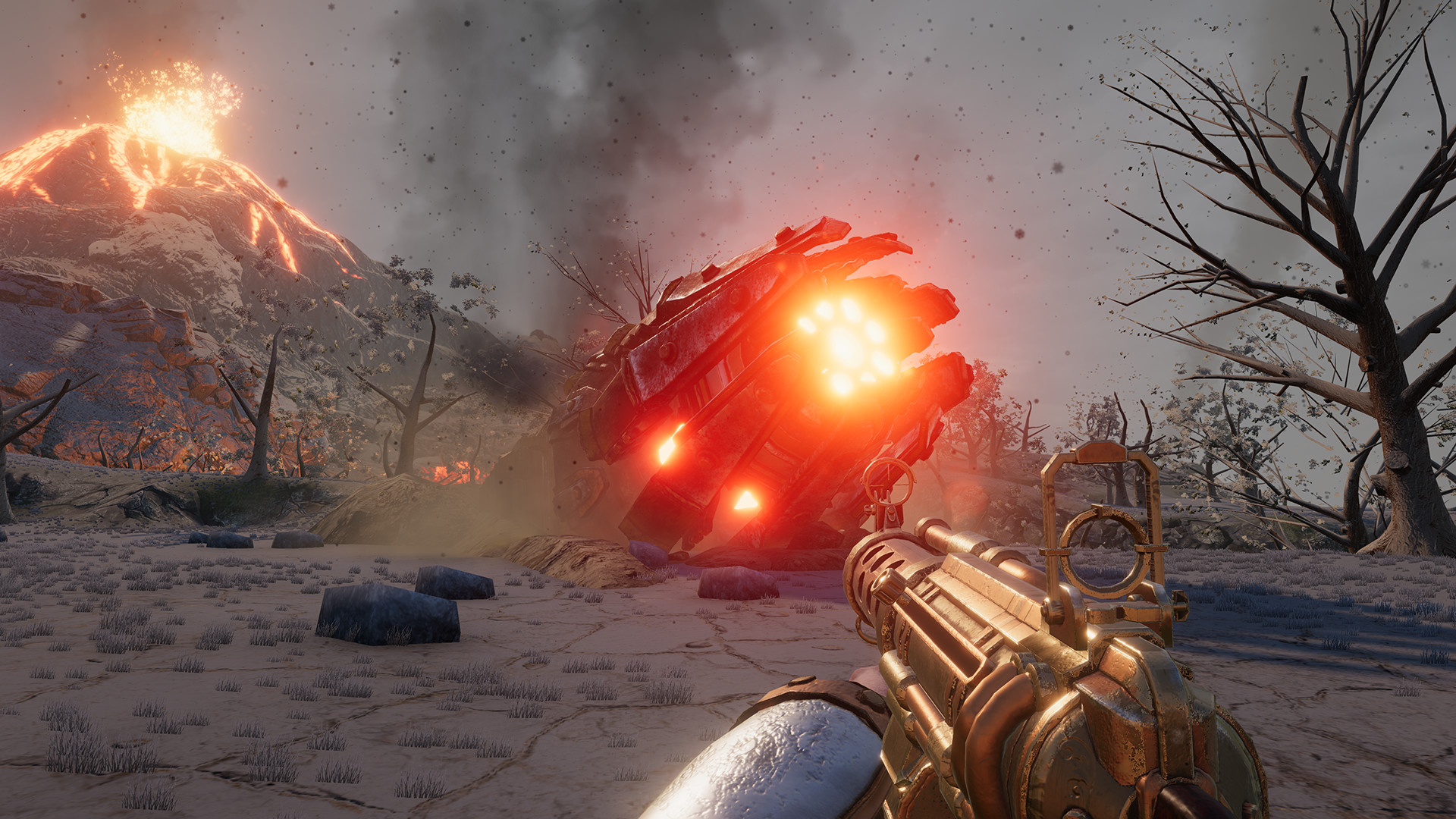 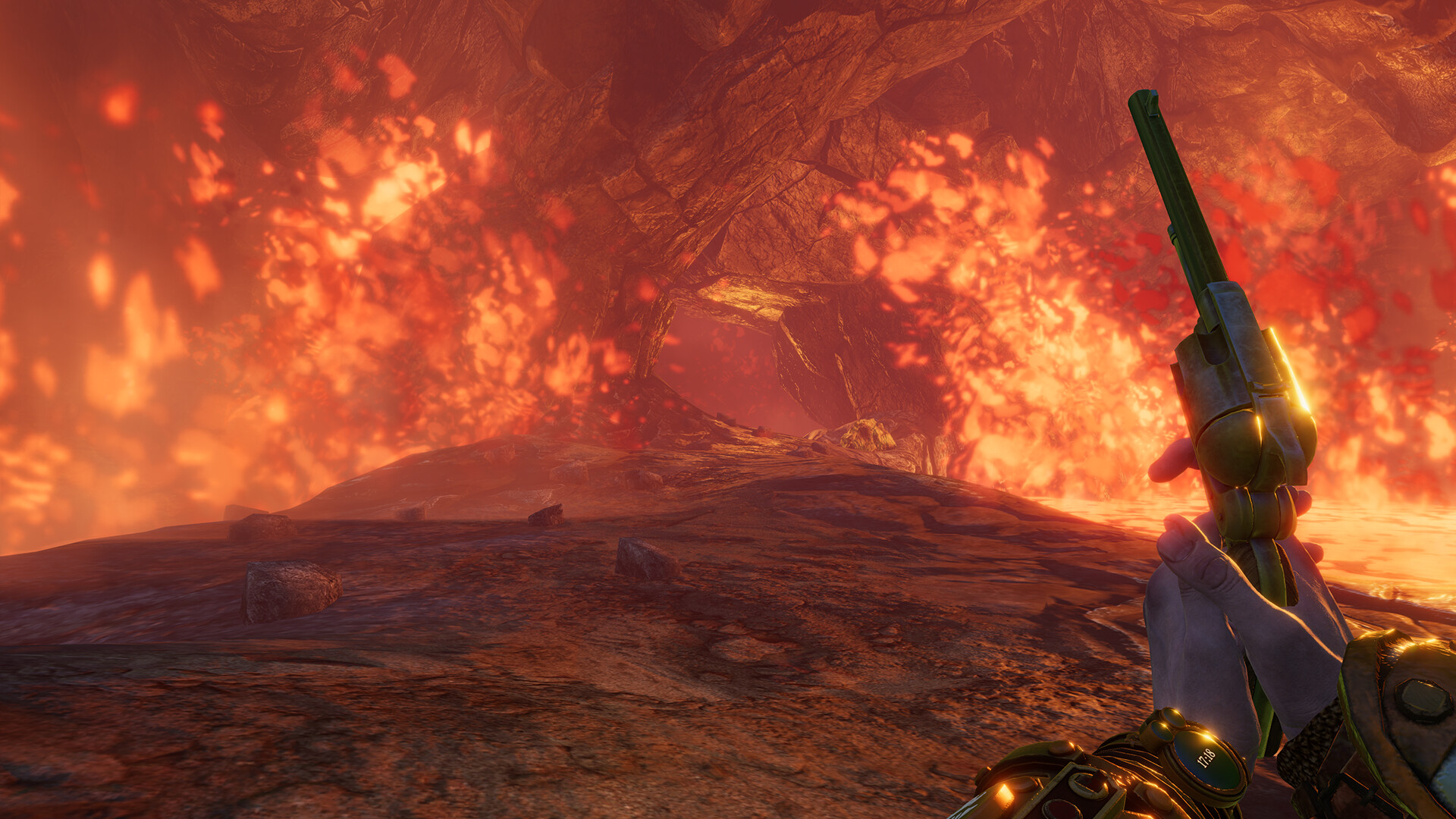